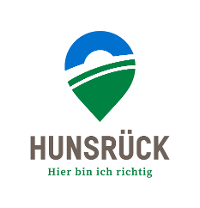 Responsible for this content
Hunsrück-Touristik GmbH Verified partner  Explorers Choice
The Ruwer-Hochwald cycle trail uses the route of the former Ruwer railway as over 90% of its trail between Hermeskeil, Kell am See and Trier-Ruwer.
moderate
47.8 km
4:00 h
91 m
440 m

The Ruwer-Hochwald cycle trail, along with the Maare-Moselle and the Schinderhannes cycle trails, is one of Rhineland-Palatinate's most striking railway line cycle trails. The first 10 kilometres from Hermeskeil take you through a plateau-like landscape at the foot of the high forest, with the highest point being reached at the watershed between Reinsfeld and Kell. Between Niederkell and Waldrach, the route is far from any from towns and only occasionally can a few houses be made out through the green of the forest. The final two-thirds of the route run steadily downhill and entirely into the winding, narrow quiet calm of the Ruwer valley. Here it leads through many cuts, dams and over newly-constructed or renovated bridges.
Course: entirely on former railway
Surface quality: fully tarmacked route
The route in the cycle trail network: The Ruwer-Hochwald cycle trail is the main connection between the Hunsrück and the Moselle in the western Hunsrück.
Source: www.radwanderland.de

Hermeskeil, Kell am See and the nearby Roman city of Trier offer some sights worth seeing.

Please note the intersections with public roads, including structural measures and appropriate signage.

Suggestions, anomalies or defects on the route? Contact by mail: radwege@lbm.rlp.de
www.radwanderland.de (responsible for infrastructure an the text in section "Description")

The Ruwer-Hochwald cycle trail runs from the Moselle valley up to the Hunsrück, and can be used in both directions. The cycle trail was built in four construction stages on a former railway line. However, the conversion of the railway line into a cycle trail did not simply happen overnight: the cycle trail reached completion in 2009. Construction was carried out from two sides, allowing a section to be completed at each of the two end points of the cycle trail every year. In 2005, the approx. 6km partial sections from Hermeskeil to Reinsfeld and from Ruwer to Waldrach were completed, while in the spring of 2006, the approx. 7km partial section from Reinsfeld to Kell am See and the approx. 5km section from Waldrach to Gusterath valley were built. By autumn, the completed sections from Hermeskeil to Kell am See for approx. 14 km and from Ruwer to Gusterath valley for approx. 11 km were ready for use. The Ruwer-Hochwald cycle trail is characterised by varied landscapes on four sections of the route. This is the easier version from Hermeskeil in the Hunsrück towards Trier-Ruwer.

Hermeskeil - Kell am See section (13.3 km):
The height difference is at its lowest on this section. The cycle tail starts at Hermeskeil on a former railway track, located on the site of the old railway depot. The private steam locomotive museum is also housed here and features a roundhouse, signal box, a working turntable and tracks. Over 50 original locomotives from 1913 to 1976 have been gathered in the former railway depot before being restored and exhibited. Among the exhibits is the class 01 express locomotive from 1938. Please note: The museum is maintained privately and on a voluntary basis, meaning opening hours are very limited (tel. 06503 1204). The route continues beneath the motorway towards Reinsfeld. This is the ideal place to take a break on the “Theresienwiese” and have another look at an old locomotive right on the cycle trail. The route goes on through a forest and meadow landscape. Shortly before Kell am See, the Saar-Hunsrück Steig premium long-distance hiking trail intersects the cycle trail. It continues through the middle of the climatic health resort of Kell am See, past the old station building dating from 1889, which is now used as a culture and history workshop.

Kell am See - Zerf section (9.4 km):
Bid farewell to Kell am See and ride through the meadow landscape of the "Keller Mulde” nature conservation area. A short section of the cycle trail is routed over a farm track due to the Special Area of Conservation. The Ruwer appears for the first time in this section and can be seen up close in places. Its origin lies at the Rösterkopf near Osburg. Behind Mandern, you will reach Hentern and the former Zerf railway station. This is also the midway point of the route. The valley and the track turn about 90 degrees to the north - in days gone by, train drivers knew it as the “Hentern turntable”.

Zerf - Pluwigerhammer section (11.6 km):
On this section of the route, the cycle trail overcomes the greatest difference in altitude. The Ruwer also shows off its most natural side here, with kingfishers and wagtails. Passing Heidermühle Castle and Hinzenburger Mill, you will soon reach Pluwigerhammer. Heid Castle, located near the former Lampaden railway station, is now privately owned. Pluwigerhammer is home to a former iron smelter and hammer mill, featuring grinding and saw mills.

Pluwigerhammer - Trier-Ruwer section (16 km):
This section is characterised by the route through the forested Ruwer meadows and the vineyards. First cycle through the Gusterath valley, past the site of the famous ROMIKA shoe factory, which ceased production in 1993, and shortly afterwards reach the Sommerau castle ruins, one of the highlights of the route. The history of Sommerau, one of the smallest provinces of the Ruwer municipality with just 70 residents, is inexorably intertwined with that of Sommerau Castle. The castle was built on a rock spur, which is surrounded on three sides by the Ruwer river, in the 13th century.  It was conquered, ravaged and rebuilt on several occasions in the course of its history. It fell into ruin, changed hands several times between secular and ecclesiastical owners, and now belongs to a winegrower - the perfect location to take a rest. The route continues towards Waldrach, the largest province of the Ruwer valley. The replica of a Roman water conduit here bears witness to the building skills of ancient engineers who used this construction to supply the Roman city of Trier with water. Then pass a 39 m long bridge made of Siberian larch. The steel girders of the former railway bridge were replaced by wood; the bridge builders used the famous 14th century Chapel Bridge in Lucerne as their model. Well-known wineries on the way to the point at which the Ruwer flows into the Moselle include the Weingut Reichsgraf von Kesselstatt at Marienlay Castle near Morscheid, the Wein- und Schlossgut Maximin Grünhaus near Mertesdorf and the Dominikanerweingut von Nell in Kasel. The “Kaseler Nieschen” is a famous Riesling vineyard in the lower Ruwer valley. The cycle tour on the Ruwer-Hochwald cycle trail ends as you reach the station in TR-Ruwer.

“Radbus Ruwer-Hochwald” (line R222) from May to October Trier - Hermeskeil - Kell am See
Info at: www.radbusse.de

The bicycle bus includes a rack for up to 22 bicycles. During the Rhineland-Palatinate holidays, the bus runs on Mondays, Wednesdays and Fridays, otherwise it only runs at weekends.
Arrival by train:  from Trier station

Public parking in Hermeskeil and in the Ruwer Valley

The Ruwer-Hochwald cycle trail is suitable for all, however please note the clear difference depending on direction of travel: After travelling around 38 km from the Moselle valley to the Hunsrück, you have to climb around 400 m to the highest point, which, while it corresponds to an average ascent of just 1.1 %, still presents an endurance challenge for novice cyclists.  In the other direction, it runs from the heights into the valley practically unaided. The “Ruwer-Hochwald cycle bus” may also assist your ascent! 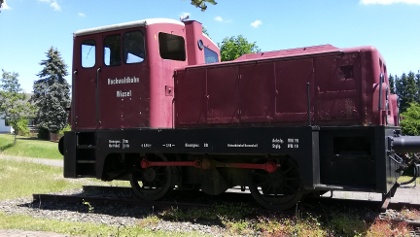 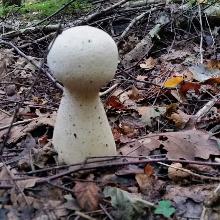 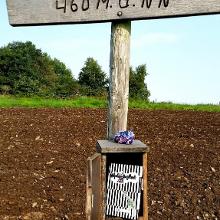 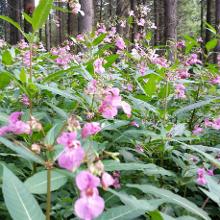