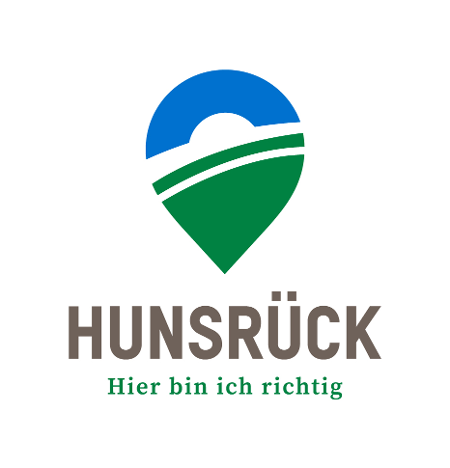 Its other name of “cycle trail with a view” makes it clear that the Schinderhannes-Untermosel cycle trail offers extensive views over the Hunsrück to the volcanic cones of the Eifel mountains on its way from Emmelshausen via Gondershausen, Mermuth, Beulich and Morshausen.
Requirements: Suitable for all from the Hunsrück to the Moselle, even if there are a few short climbs along the way and a significant incline of approx. 500 m to overcome before the descent to Burgen. From the Moselle heading upwards, there is an incline of over 10% for about 2.5 km, after which the route continues on the flattened Hunsrück at moderate difficulty. Recommendation for the return trip: use the “Radbus Untermosel” to assist your ascent.
Route: Only farm roads, forest roads and cycle trails are used outside towns.
The route in the cycle trail network: The Schinderhannes-Untermosel cycle trail links the Schinderhannes trail and the Moselle trail.
Source and additional information: www.radwanderland.de

Before setting off on your bike tour, it’s worth visiting the Agricultural History Museum with Museum Barn in Emmelshausen.

All paths are paved.

Suggestions, abnormalities or shortcomings on the route? Contact by mail: radwege@lbm.rlp.de

(responsible for infrastructure and text in section "Description")

The route starts at the Emmelshausen Tourist Information in the centre of Kreisel park. From here, ride downhill through Rhein-Mosel-Straße and turn left at a discount shop, then taking an immediate right to come to the Schinderhannes-Untermosel cycle trail. Cycle past the Liesenfeld cemetery and sports field through the “Scheid” forest to Gondershausen. At the entrance to Gondershausen, you will see a landmark in the roundabout, the Reiserbesen. It refers back to the old tradition of the “Gonderscher Besembenner”. Do not enter the roundabout, but turn half-left into the narrow footpath. From there, turn left at Hübelstraße.  Shortly afterwards, turn right again into Gartenweg. At the end of Gartenweg, cross the Rhein-Mosel-Straße and head right again into Schönecker Straße. Continue towards Mermuth.
Here you have to climb a short slope up to a wooded area. On coming out of the wooded area, you will be greeted with a fantastic view up to the Eifel heights. In Mermuth, you can visit the marquetry museum, which is unique in Germany (open daily from 10am to 6pm).  The handicraft technique of inlaid marquetry dates back several thousand years.
The cycle trail continues straight through the Grieswald forest, and the Griesmännchen is said to still haunt these parts. This is the tale of the Griesmännchen: - The people of Beulich had claimed for themselves a forest named Gries, which was said to have always belonged to Mermuth. After a lengthy dispute, the two communities went before a court. In Beulich lived an old man who had survived the plague. He was widely known to be an honest, upstanding man, and was chosen to make the decision. The man went into his garden, scattered earth in his shoes and hid twigs from Beulich trees beneath his hat. Thus equipped, he walked the length of the border and, to the horror of the people of Mermuth, stopped just 100 metres before their village border, after he had long since crossed the natural border of the stream. There he raised his hand to take the oath and called out in a loud voice: “The land on which I am standing and the leaves that cover my head have always belonged to Beulich, so help me God”.  By way of punishment, the man's ghost is said to be haunting the Grieswald forest to this day.
Past the Grieshof holiday guesthouse, turn right again straight after Grieswald forest and head towards Beulich. Then turn right into Parkstraße and continue straight ahead through Ehrenburger Straße.
Continue on to Morhausen: Sightseeing: The Schwengelbrunnen sweep well, which would seem more at home in the Hungarian steppe. According to legend, it was donated by a Hungarian countess who was married at Ehrenburg Castle. In the “Backes” next to the church, the small local history museum dedicated to the Morshausen writer Jakob Kneip (Hampit the Hunter) can be found. Visits by appointment: 02605 1865. In Morshausen, the cycle trail runs through Brunnenstraße, Kirchstraße and Jakob-Kneip-Straße, from which you turn into Emmriger Weg.
The route continues along the cycle trail in steep serpentines with views of vineyards and Bischofsstein Castle down to the Moselle in the wine town of Burgen.