Responsible for this content
Ahrtal-Tourismus Bad Neuenahr-Ahrweiler e.V. Verified partner  Explorers Choice
In the middle of the breathtaking landscape of the Ahr valley, the | Ahr-Radweg meanders over a length of 77 km from the source of the Ahr to the mouth.
closed
moderate
Distance 76.3 km
Duration5:40 h
Ascent65 m
Descent492 m
Highest point468 m
Lowest point53 m
The Ahr cycle path can be ridden in different individual stages, because the sights along the way invite you to spread the 77 kilometers over several days.

With a little fitness, the tour could be done in one day, but why? There is so much to see along the way that it is worth making long stops. The culinary refreshment stops tempt you to take your time.

The start is at the source of the Ahr, in Blankenheim. The river meanders to Sinzig. The tour is also suitable for less experienced cyclists, as the route runs over long distances over former railway lines. Several bridges are crossed and a tunnel is crossed. Nine viaducts cross the path.

Insul is one of the places where cyclists should definitely stop. The impressive Prümer Tor natural monument, with its impressive width of 6 to 8 meters and a height of 12 meters, was created solely by the power of the water. The feudal people of the Ahrgau once drove their tithes on carts through the Prüm Gate. At the “gold hole”, visitors immerse themselves in the world of mining. It was abandoned in the 1930s, but the population continued to use the tunnels. During World War II it was a refuge and later an adventure playground for the children.

The theme of wine accompanies the tour in many places; for example at the Marienthal monastery ruins. The Augustinians founded the monastery in the 12th century; today the church ruins are often used for concerts. Next door is a winery with a bar. The route also leads through wine villages such as Altenahr. So there is plenty of variety. In the evening, the stage can be wonderfully ended in one of the ostrich taverns. Cyclists can review the tour over a glass of wine - everyone has probably discovered a different, very special favorite place for themselves.

Discover the source of the Ahr in Blankenheim

There is no winter service on the Ahr cycle path.

Suggestions, anomalies or defects? Contact us by email: radwege@lbm.rlp.de www.radwanderland.de (responsible for infrastructure and route description)

Click here for the individual stages of the Ahr Cycle Route:

Stage from Sinzig to Ahrweiler

Stage from Ahrweiler to Schuld

Stage from Schuld to the source of the Ahr

From the heart of the Eifel mountain range to the Rhine, the entire length of this cycle route runs parallel to the broad loops of the River Ahr as it flows through the quiet valley landscape.

Between Fuchshofen an Schuld the road must be used. Please drive carefully here.

The Ahr Valley narrows for the first time in Schuld, a picturesque little village nestled in a loop of the Ahr. After this point, the valley widens once again before you reach Kreuzberg, where the rocky slopes extend as far as the banks of the Ahr, providing excellent wine-growing conditions. The Ahr Cycle Route briefly enters the world of well-being in the spa town of Bad Neuenahr-Ahrweiler.

Before reaching the Rhine, you will join the Ahr in tackling one final rocky corner, before arriving at the wide river mouth.

In Ahrdorf you can switch to the Kalkeifel cycle path and cycle via Kerpen and Hillesheim to the Kyll cycle path.

The RadBus Ahr-Voreifel runs between Altenahr and Rheinbach and not only connects Rhineland-Palatinate with North Rhine-Westphalia, but also the Ahr valley with the Cologne Bay. Those who want to cycle not only along the Ahr, but “from above to the Ahr” can now use the Ahr-Voreifel RadBus and travel from Rheinbach via Bad Neuenahr to the starting point in Altenahr. Or you drive via Euskirchen to Blankenheim (forest) and cycle down the upper Ahr to Altenahr.

The buses of the RadBus Ahr-Voreifel offer space for up to 22 bicycles and take you to your destination every day of the week. You have a connection to the train in Rheinbach in the direction of Bonn and Euskirchen / Bad Münstereifel and in Altenahr to the Ahrtalbahn in the direction of Remagen / Bonn and Ahrbrück.

Line 832 continues from the center of Blankenheim to Reetz, Freilingen, Lommersdorf, Ahrhütte, Uedelhoven and Ahrdorf. You can get to the other districts from Blankenheim bus station Monday to Friday until 7 p.m. and Saturday until 2 p.m. also with TaxiBus connections on lines 824/825 and 833

Parking is possible in all villages along the Ahr cycle path. Please inform in advance whether the parking facilities are free of charge

Recommendation for wearing a bicycle helmet

Things to Bring if Staying in a Hostel 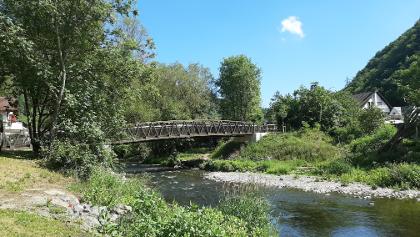 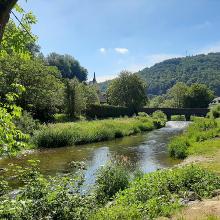 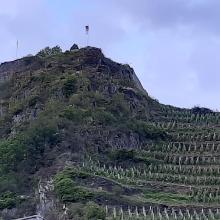 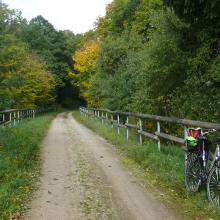